“It’s not rocket science to understand that disasters exacerbate inequality. Those communities that struggled before the storm are still struggling after.”

This week marks six months since Hurricane Harvey caused historic flooding in Houston, Texas, the most diverse city in the nation and one of its largest. Houston is also home to the largest refining and petrochemical complex in the country.

As federal money for rebuilding trickles in, Houston’s chief “recovery czar” is the president of Shell Oil, Marvin Odum, whose past experience includes rebuilding Shell’s oil and gas facilities after Hurricane Katrina.

Meanwhile, immigrants and fenceline communities who suffer from pollution along Houston’s industrial corridor are still largely absent from much of the discussion about how the city plans to recover.

“It’s not rocket science to understand that disasters exacerbate inequality. Those communities that struggled before the storm are still struggling after,” Robert Bullard, the scholar/activist and recognized”father” of environmental justice, told Amy Goodman and Juan Gonzalez.

“On the east side, the communities flooded with chemicals every day,” said Bryan Parras of the Sierra Club and TEJAS. “And we saw an upsurge of that before the storm, during the storm, and after the storm.”

“There’s still that invisible side of Houston that has historically gotten left behind,” said Bullard. “That’s where we have a large segment of our community that is still waiting and suffering. That’s the sad thing about it; it’s slipped off the radar.”

janPhotographer Thomas D. Mangelsen – A Life In The WildThursday through Sunday throughout month of January. 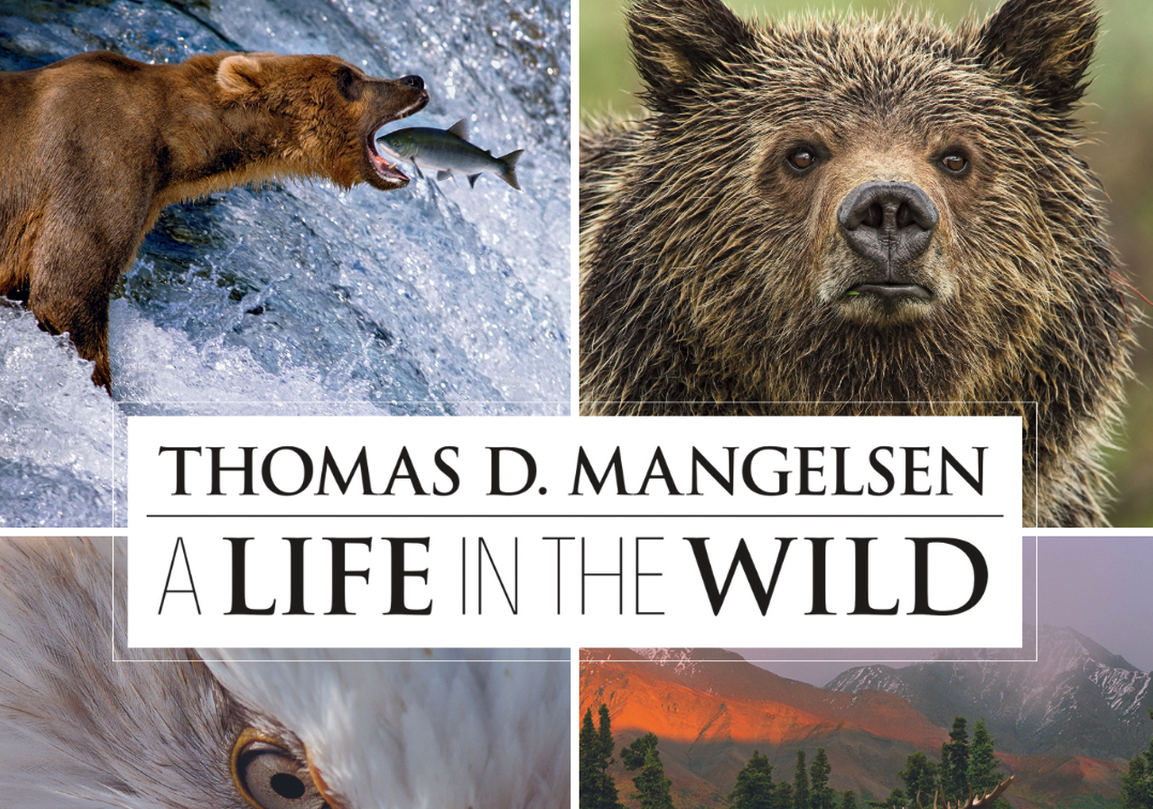 Exhibit open Thursdays through Sundays for the month of January. See https://www.briscoemuseum.org/wild/ for details. 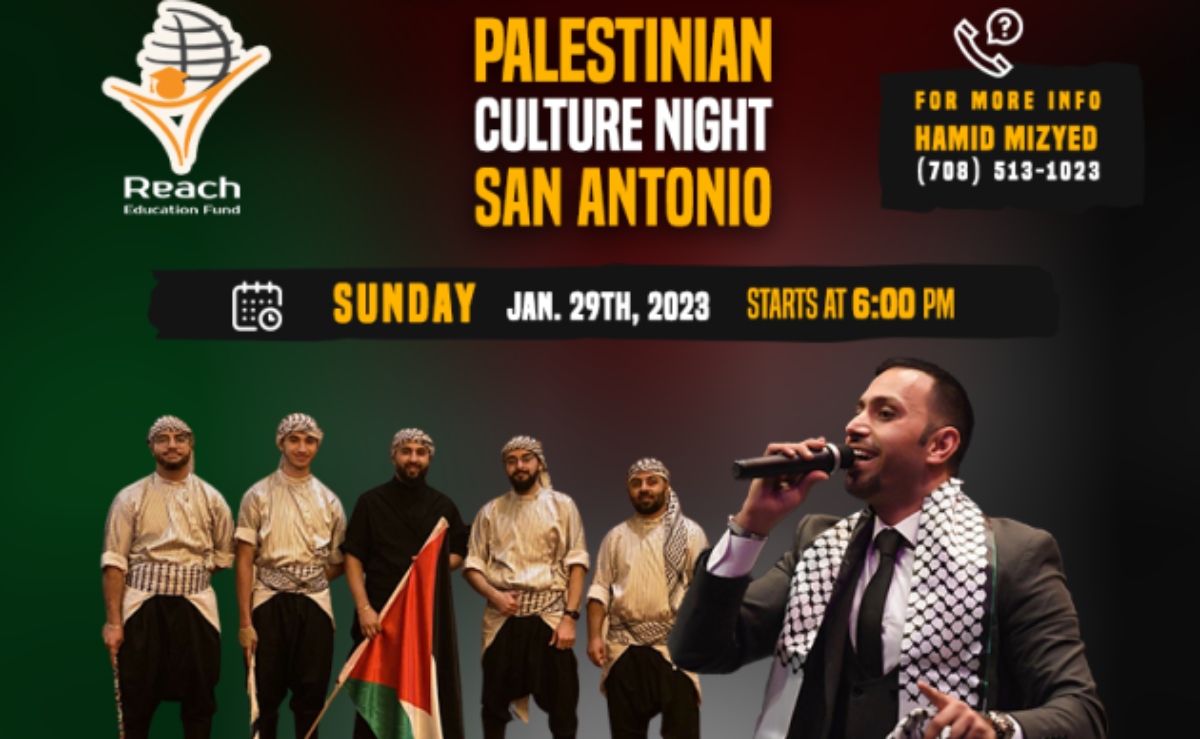 EcoRise: Climate in the Classroom

mon30jan1:00 pmmon5:00 pmCPS Energy Board of Trustees Monthly Board MeetingTracking a utility publicly committed to zeroing out climate emissions by 2050. 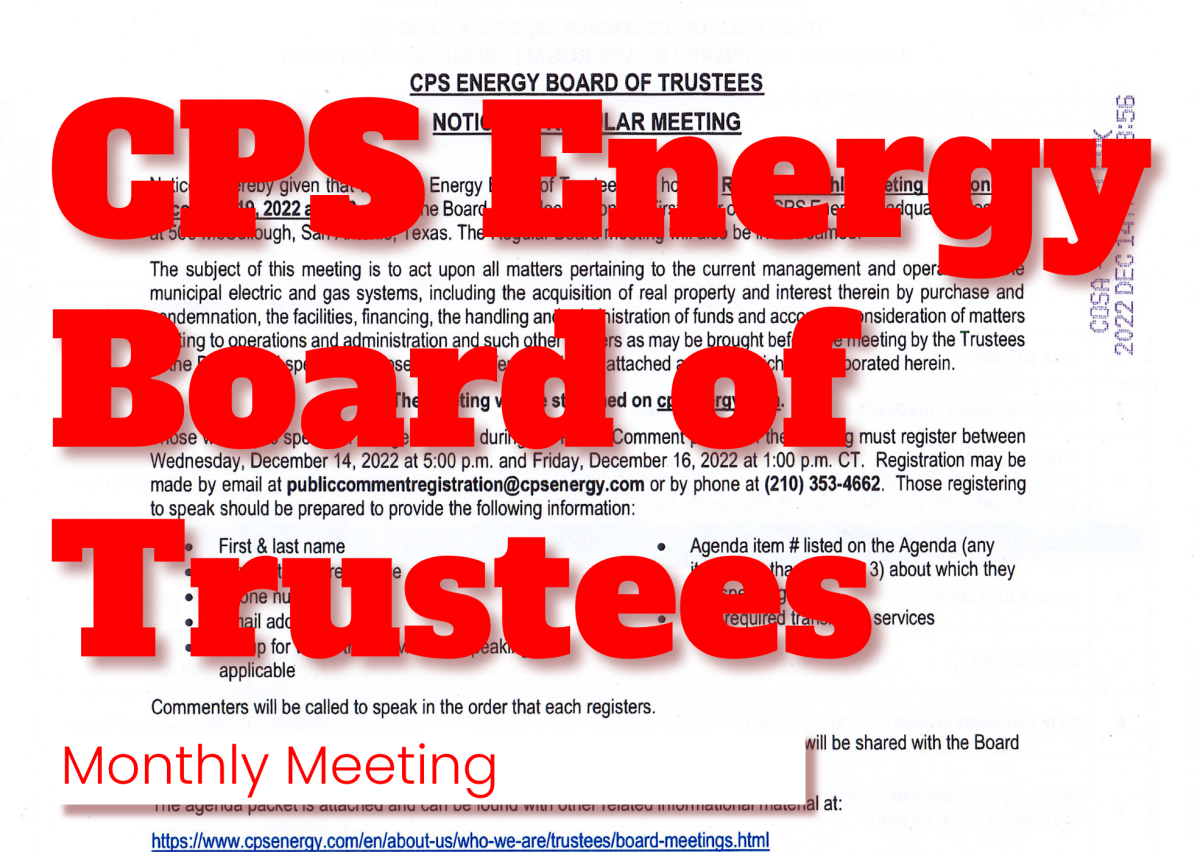 CPS Energy is a utility in transition. Here’s the pathway, from a December 19, 2022, meeting

CPS Energy’s Board of Trustees meet the last Monday of every month. Deceleration will maintain this page with the current agendas and updates. For more about the City-owned electric and gas utility, see Deceleration’s CPS Energy Resource Page.

On Monday, board members received the future energy generation recommendation from the Rate Advisory Committee. RAC members were strongly divided on their recommendation: 13 members recommending a pathway supposed to hit our 2030 carbon-reductions target (but failing 2040 and 2050) by swapping out coal for gas; seven members voted instead for plans much stronger on renewable energy.

PUBLIC COMMENT: Requests to make public comments must be received the week before the meeting (ie. Wedesday to Friday). Details at the CPS Energy Public Comment FAQ page. 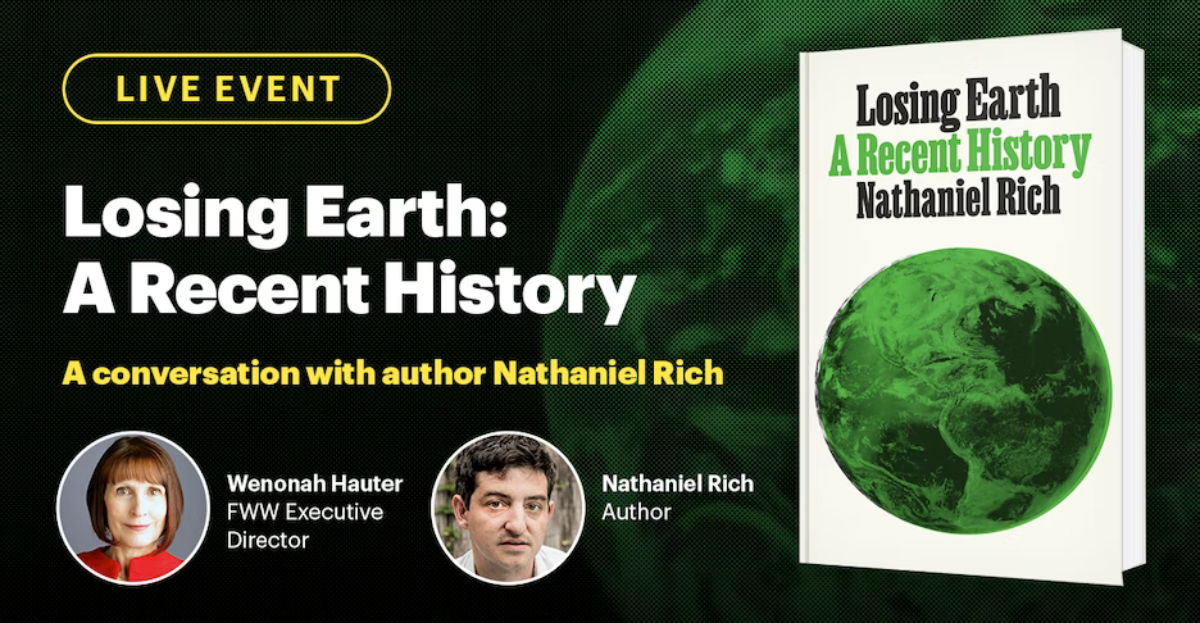 We need urgent action to address the climate crisis, but the fossil fuel industry continues to put profits first. Join us on

We need urgent action to address the climate crisis, but the fossil fuel industry continues to put profits first. Join us on Tuesday, January 31 from 7:00-8:00 pm ET (4:00-5:00 pm PT) for an exclusive conversation with Nathaniel Rich, author of Losing Earth: A Recent History for a look back at the history of the climate movement.

Losing Earth tells the story of a group of scientists, politicians, and strategists who sounded the alarm about the climate crisis and those who pushed back. By exploring the beginning of climate denialism, this insightful book shows how the fossil fuel industry weakens climate policy through misinformation and political influence.

The urgency of the climate crisis has only increased. So, where do we go from here?Join this discussion with author Nathaniel Rich about our recent history and how we can move forward toward a better future. Plus, join live for a chance to win your own copy of Losing Earth!

Food & Water Watch builds grassroots power to stand up against the oil and gas industry and fight for meaningful change. Together, we can bring people together to fight the fossil fuel industry and press our leaders to pass laws that protect our planet. 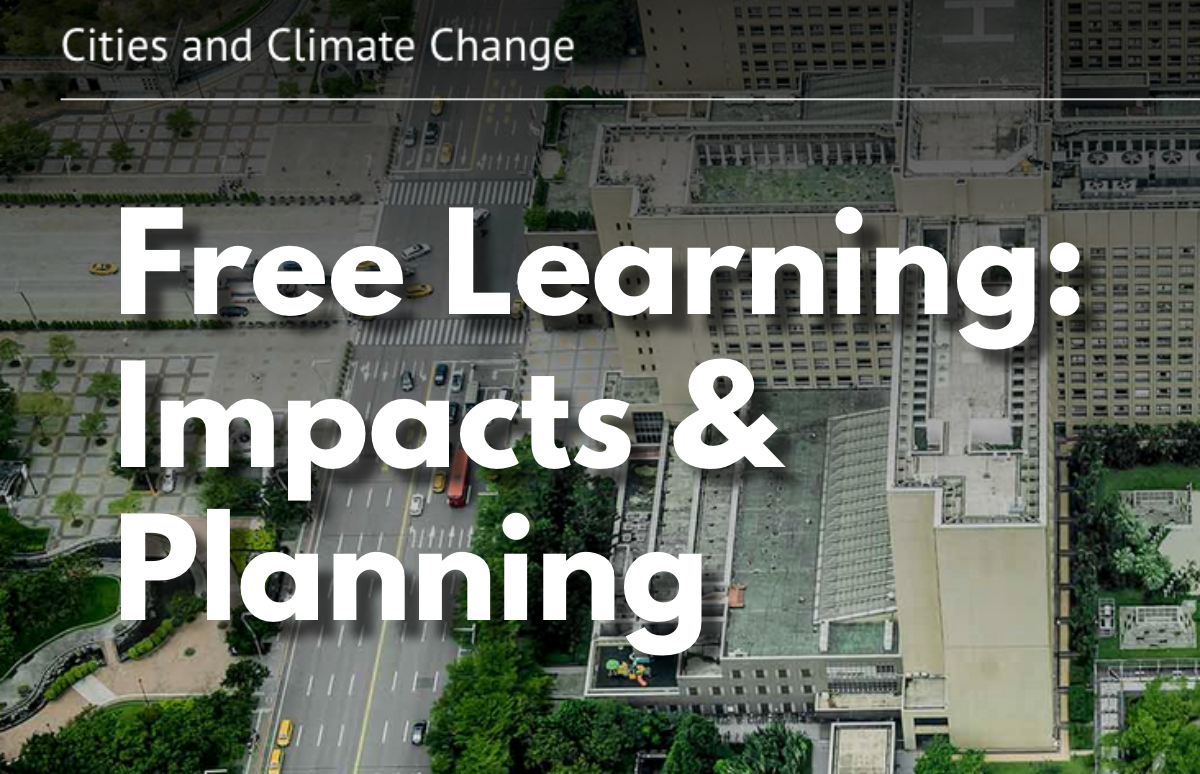 This course focuses on climate change in urban areas, covering how cities are affected by climate change, how they contribute to it, as well

This course focuses on climate change in urban areas, covering how cities are affected by climate change, how they contribute to it, as well as how they plan for it. It includes one module divided into 6 sections, and takes around 2 hours to complete.

Once the quiz is completed with above 70% of passing scores, you will receive a certificate of completion from UN-Habitat and UNITAR. You have three attempts to try the quiz. Please, access your certificate under the tap “Certification” on the main course page.

This module is available as PDF and PowerPoint Presentation for offline study or training purposes. The modules also include links to other UN resources on climate change, which provides a gateway to more in-depth and specific information. 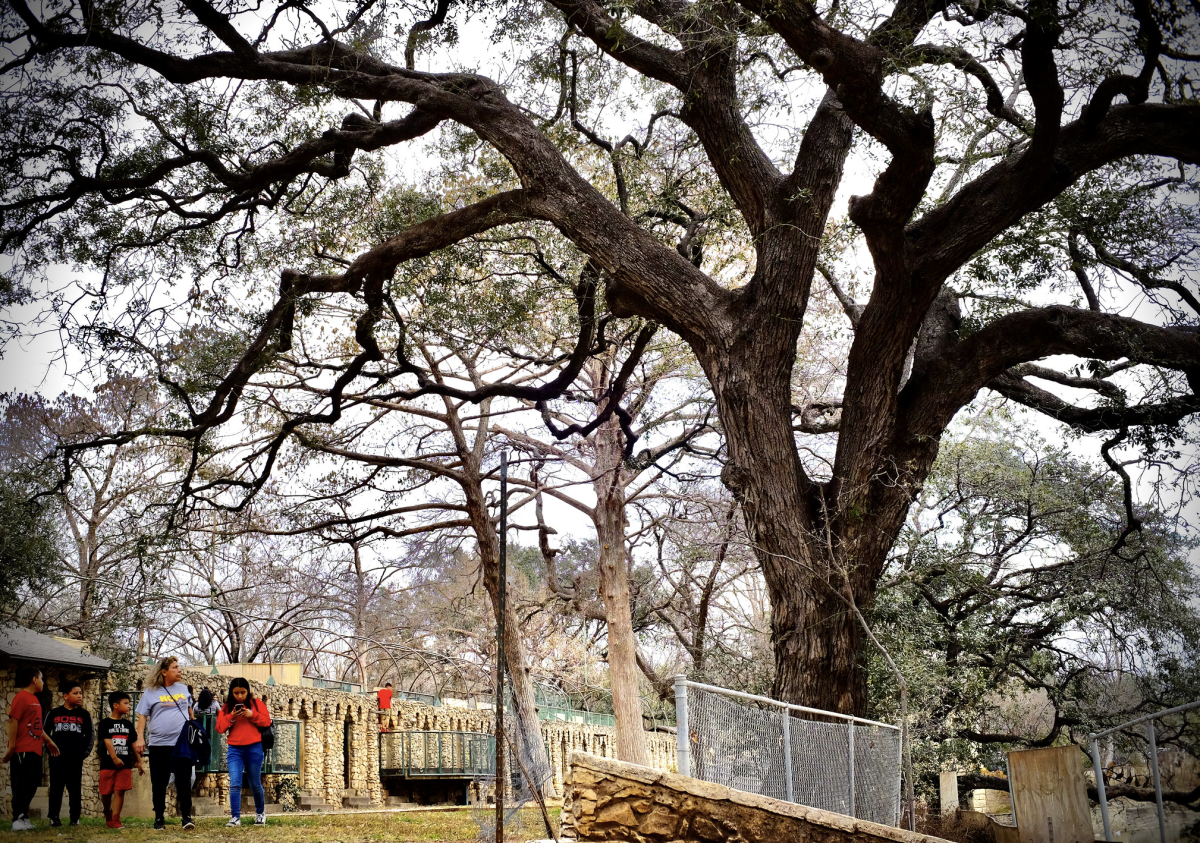 San Antonio’s Parks and Public Works departments are determined to restore or recreate historic features at Brackenridge Park within a new development vision, including a

San Antonio’s Parks and Public Works departments are determined to restore or recreate historic features at Brackenridge Park within a new development vision, including a performance plaza. Their vision, however, has run into extended controversy over their claimed needs to remove towering heritage trees from the San Antonio River’s headwaters and forcefully evict migratory birds from the park. Though caught lying repeatedly on key elements of the bond-funded project, COSA staff have persevered and are are now taking their proposal for the first phase of the project to the Texas Historical Commission for state approval. Roughly 50 trees would be removed to make way in this first phase, including some towering oaks.

EcoRise: Climate in the Classroom

wed01feb6:00 pmwed7:00 pmBushwhacking: Jennifer McGaha with Katherine CrawfordAuthor of 'Bushwhacking: How to Get Lost in the Woods and Write Your Way Out.' 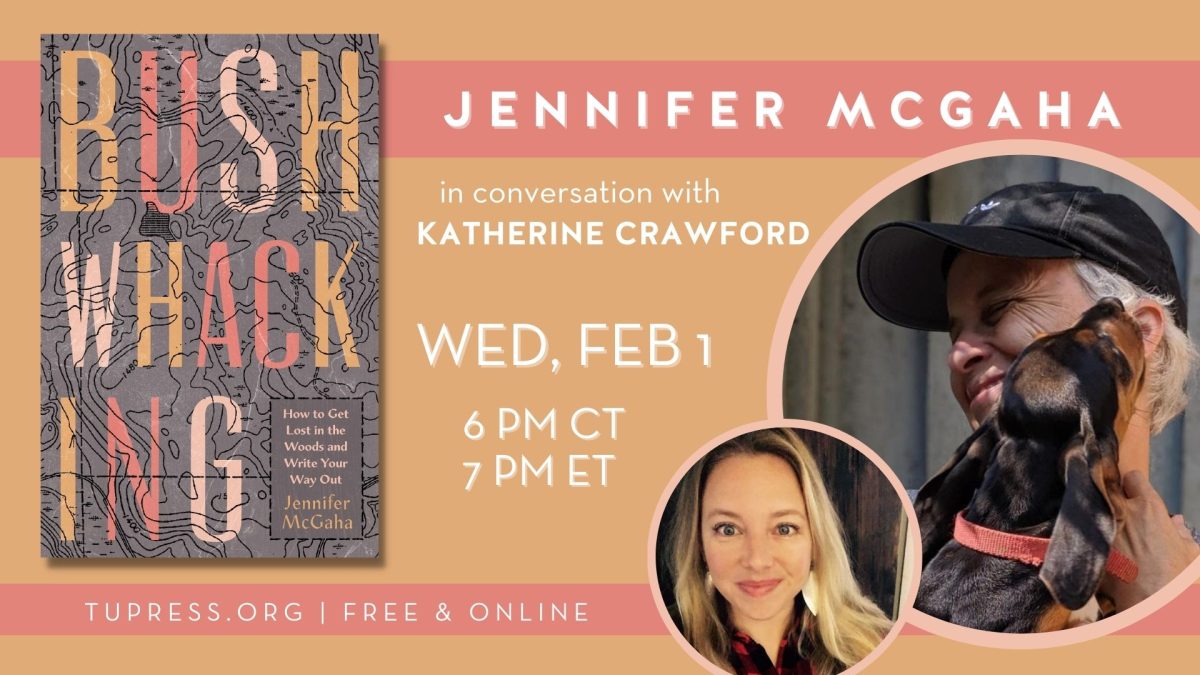 Free and open to all.

Join Trinity University Press for Jennifer McGaha, author of Bushwhacking: How to Get Lost in the Woods and Write Your Way Out, in conversation with writer Katherine Crawford. Part writing memoir, part nature memoir, and part meditation on a life well lived, Bushwhacking draws on McGaha’s experiences running, hiking, biking, paddling, and getting lost across the Appalachian Mountains of western North Carolina to offer readers encouragement and practical suggestions to accompany them on their writing and life journeys. Free and online. For more information or to purchase the book, visit tupress.org/9781595349811/bushwhacking.

Join us for an evening of in person storytelling where we share stories, reconnect with bike friends and make new ones. (1st San Antonio event!)

Join us for an evening of in person storytelling where we share stories, reconnect with bike friends and make new ones. (1st San Antonio event!)

✨Bike Story Night is on a mission to help folx share their Stories with the community, in-person and online.

– Submit your Story in advance to be a featured storyteller. Give us the short synopsis of your Story. This only needs to be a few sentences.

– Suggested $10 – $20 Donation in advance OR at Check-in at the event. Your donation comes with entry to the event and a raffle ticket to win cool prizes.

Your help in this endeavor is greatly appreciated and helps us continue to host these events! Feel free to send your donation in advance for smoother check in.

Helping people of all ages and abilities become self-sufficient riders who can use bikes for transportation.

✌🏽Come meet the newest director Kari Kuwamura (they/them) – hear more about the exciting upcoming events and learn more on how you can get involved.

NO DROP RIDE, no one will be left behind. 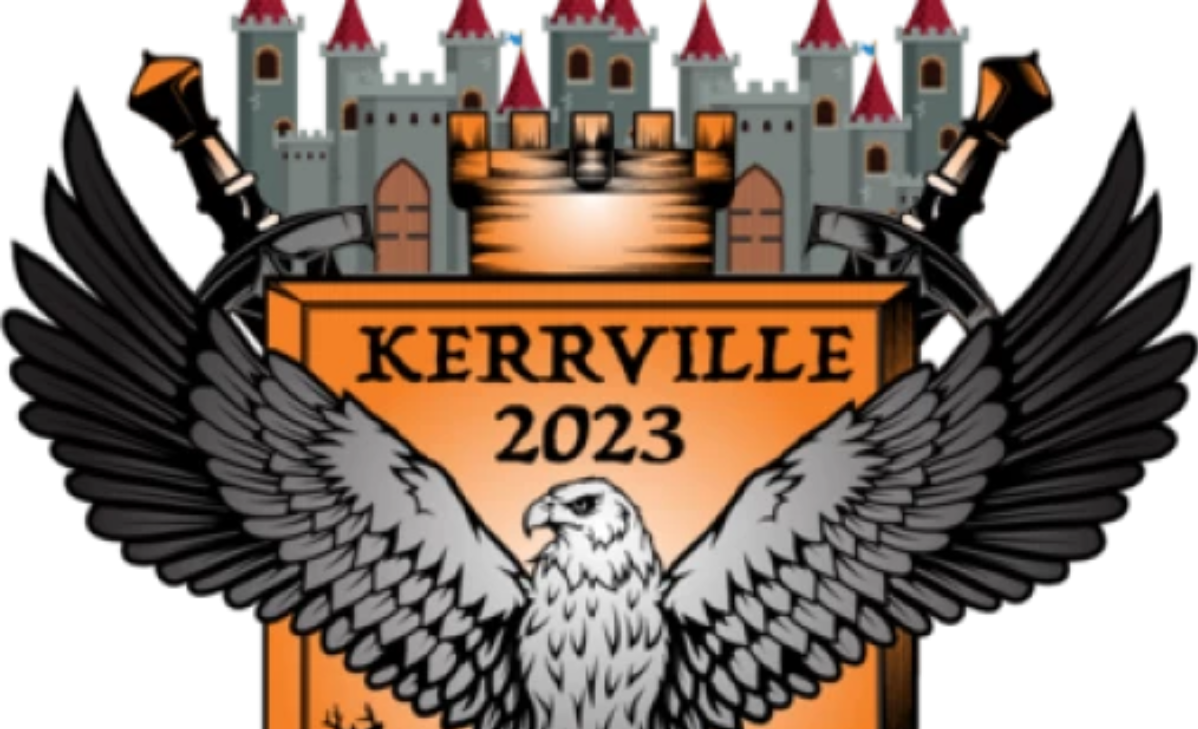 The Kerrville Renaissance Festival 2023 returns to Kerrville and the Texas Hill Country for the 7th year! The event will start one week earlier than in the past,

The Kerrville Renaissance Festival 2023 returns to Kerrville and the Texas Hill Country for the 7th year! The event will start one week earlier than in the past, adding a 3rd weekend of Renaissance-style fun, Entertainment, Food, Crafts, and Games.

Eight stages of entertainment feature both returning and new acts, including dancers, musicians, magicians, jugglers, and contests, plus the return of Last Chance Forever, The Bird of Prey Conservancy. (Entertainment schedule to be announced in the coming weeks)

They now have a full liquor license for more fun drink options. Every week through Feb 05, 2023. 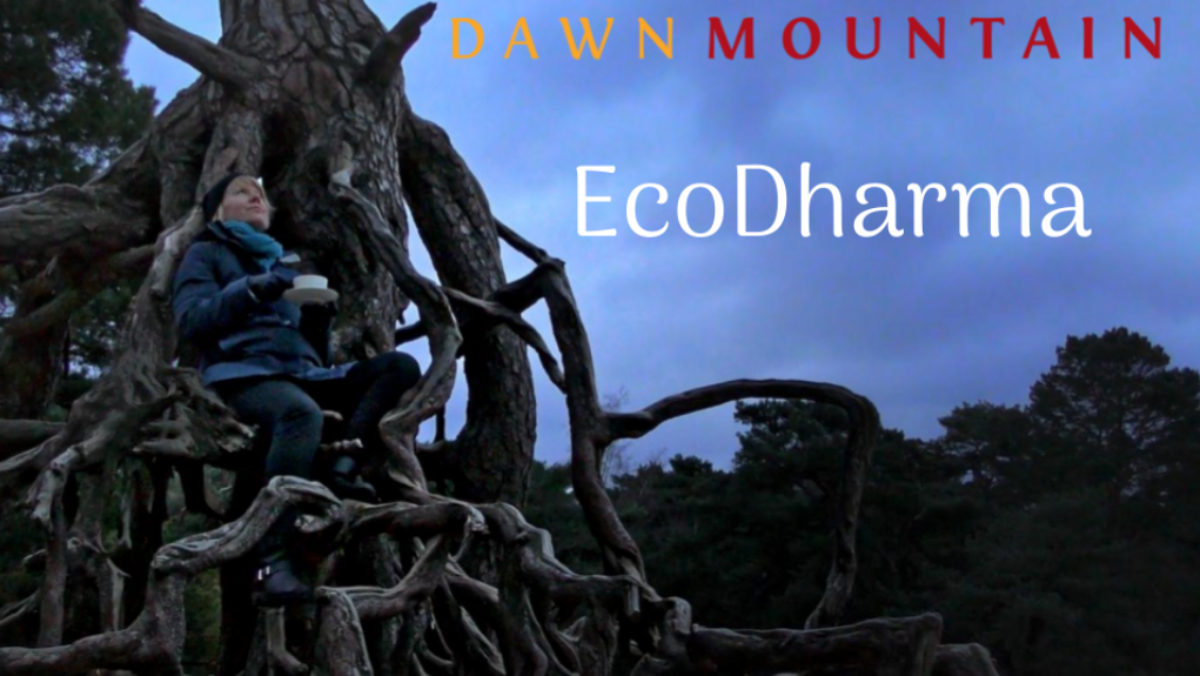 This conversation on Buddhism and Ecology addresses the notions of wild and rewilding from both internal and external perspectives; how can wildness be understood in

This conversation on Buddhism and Ecology addresses the notions of wild and rewilding from both internal and external perspectives; how can wildness be understood in relation to contemplative practice, as cultivation of the wilderness around us and a felt sense of the wild in ourselves? The conversation draws from the work of Gary Snyder, an award-winning writer, environmentalist, and Buddhist practitioner, and by using visual prompts from Kaisu’s environmental art.

Dr. Kaisu Koski is a cross-disciplinary artist with a background in performance, film, and biological materials. She collaborates with scientists, clinicians, and engineers, focusing on the climate crisis, multispecies relationships, and the art-science methodology. Kaisu is an Associate Professor of Art and Design at Lab4Living at Sheffield Hallam University in the UK.

This is a special edition of First Sunday, participation links will be available here: https://www.dawnmountain.org/upcoming-live-webcasts-2/

thu09feb7:00 pmthu9:00 pmWalk on the River: A Black History of the Alamo CityUnderstanding the Black history of San Antonio, Texas. 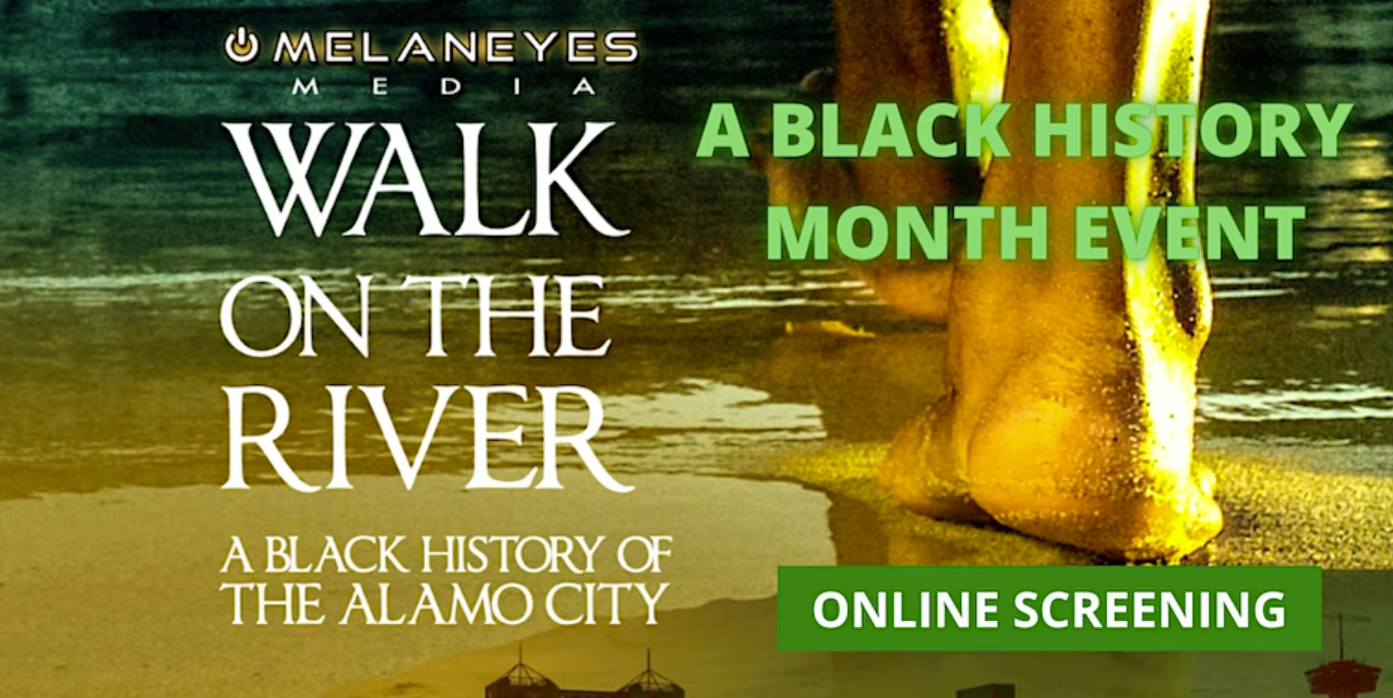 Join us Thursday February 9, for “Walk on the River: A Black History of the Alamo City.” In this independent film we take the

Join us Thursday February 9, for “Walk on the River: A Black History of the Alamo City.” In this independent film we take the time to document both the history and the contributions African-Americans have made to the fabric of San Antonio, Texas from Emancipation to the Civil Rights movement. We chronicle the path of freed Blacks establishing communities, churches and schools in the 1800’s to thriving Black-owned businesses that flourished during the Jim Crow era.

The original Walk on the River, completed in August of 2018 is one of the most successful documentary films in San Antonio, TX. It has helped to educate thousands about the Black Experience here in our city.

We touch on religion, politics, education, social organizations and community all in an attempt to paint a vivid picture of life for Black San Antonians in the past to help create a knowledge base, a sense of pride and a blueprint for the next generations moving forward.

“Walk on the River” features interviews from very influential people in our community like:

Once you’ve purchased your ticket, you will be sent an email with a link to the event.

After the presentation is completed, we will host a live Q&A session with the the owners of Melaneyes Media Aundar Ma’at and Born Logic Allah, where you will have the opportunity to ask questions and post comments.

We are using the honor system for this online screening, so you are able to pay what you would like.

This presentation is produced and moderated by Aundar Ma’at and Born Logic Allah for Melaneyes Media LLC, the producers of feature films “Walk on the River: A Black History of the Alamo City” and “Message to the People: A Story of Malcolm X.”

Rebelené, ‘Speaking with a Scent’