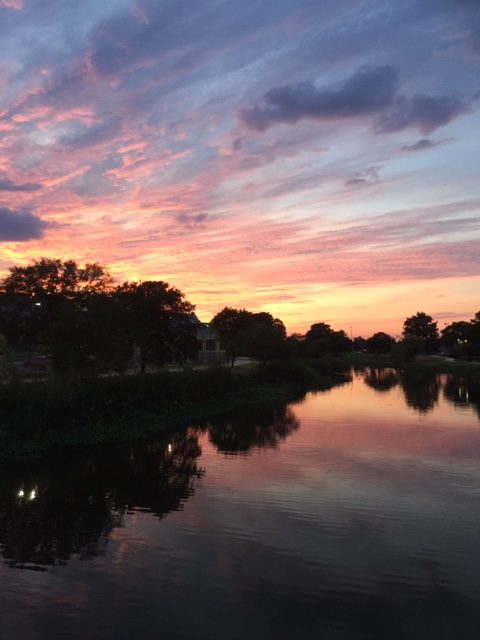 A Close Reading of “Another View: Why We Support Moving Egrets from Elmendorf Lake Park.”

Editor’s Note: In an epistolary take on the traditional op-ed, Kamala Platt below responds to her city councilwoman’s public support for the city and military’s recently announced plans to forcibly evict egrets, herons, and other migratory birds from Elmendorf Lake’s Bird Island. For some deep background on the city’s bird (and specifically egret) mitigation campaigns, see our two-part series, “In Praise of Nuisance Heronries,” here and here. More detailed updates on the bird situations at Elmendorf and Brackenridge will follow soon.

Also: to get around the Express-News paywall, just right click on link in the subhead above and select option to “open link in incognito window.” You’re welcome. :)

I could not let “Another View” lie unaddressed—it contains too much misrepresentation and too many erasures; these include items which those not familiar with Elmendorf Lake Park and surrounding neighborhoods or the natural and cultural history of egrets and herons on the Westside of San Antonio might not put their finger on, despite discomfort at the op-ed’s assertions and binaries. Yet I didn’t want my points of information or corrections to be perceived as an attack on my Councilwoman’s viewpoints—this was not my intent. For a day, I was distraught and restless. And then a solution came to me:

As someone who teaches epistolary (letter-based) work in both literature and creative writing courses, and who has written many letter-poems (and many letters), I am familiar with the ways a letter can address sensitive matters in both personal and public ways, at once. As I contemplated the most honest, direct way to respond to Gonzales’s Express-News’s column, penned with District 10 Councilman Clayton Perry, I wondered if the best way to proceed might be to write a publicly accessible letter to Gonzales in a context where justice and peace-based wisdom, rather than antagonism, is encouraged—a letter to Shirley, of sorts. When Deceleration invited me to write something, I knew that it would be the right venue.

In this letter, I present the kind of focused reading that humanities teachers ask students to do. That is, a close reading with critical analysis of context and grounds, so that we can get to informed interpretations and multi-dimensional understandings of texts we read. So that we can better see not only what is presented but how, as well as what is left out, and whether claims are credible.

I was profoundly saddened to read your name attached to the September 9, 2019 newspaper column in the “Another View” section of the San Antonio Express-News, given its support for further destruction of Bird Island and “removal” of birds from Elmendorf Park. The column contains inaccuracies as well as claims that left me feeling incredulous.

The ruse against cattle egrets (who, btw, have currently left the park in seasonal migration after nesting) has been expanded to a plan “to deter birds from roosting and nesting at Elmendorf Lake Park.” What did you say?—visions of bird apocalypse stories from my childhood like Who Really Killed Cock Robin? by Jean Craighead George came to my mind’s eye. But this was planned removal, intentional displacement–not the mysterious disappearance of birds from a city park in a novel for children, but a willed one. Why? The op-ed concludes that birds in the Westside SA park represent “a potentially life-threatening situation.” The assertions made to support this extravagant claim function as divisive misrepresentations designed to provoke fear rather than promote understanding of the situation. Some corrections follow. 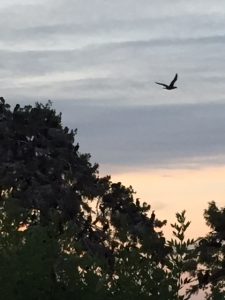 The Cattle Egret is the smallest of the members of the Ardeidae Family most commonly roosting or nesting at Bird Island, and they are much smaller than the Canada Goose, the bird most often associated with strikes causing, or nearly causing, deadly airplane wrecks. Thus, singling them out as “large birds capable of causing catastrophic damage” is incorrect. Unless planes are flying quite low (which would be particularly dangerous over urban neighborhoods, such as mine, which surround the park), they are only apt to strike birds during take-off or landing. This would suggest that when the birds are roosting at Elmendorf Lake Park or hanging out in or above residential neighborhoods, they pose no danger to airplanes, crew, or community.

Furthermore, the idea that Elmendorf birds are the same birds crossing a runway nearly ten miles away has not been established with any scientifically-established method. Tracking studies, proposed by community stakeholders based on bird conservationist advice, have not been undertaken, although a few of us travelled back and forth between the park and the airfield earlier this summer, and failed to see the flocks crossing the runway. Nor did egrets returning at sunset come in from the direction of the airfield and landfill. Scientific studies could have determined where birds on the runway were coming from and what times of day they were crossing, thus providing a means to better establish strategies to limit bird crossings at the airfield that might conflict with airplane flight patterns.

Such studies are also important because there is no evidence that the large numbers of cattle egrets alleged to cross the Lackland/Kelly airfield have been seen at Elmendorf Lake Park. Those of us who frequent the park and have documented bird life there–in some cases for years—know that the numbers fluctuate greatly depending on the season and other conditions. The egrets and other birds are a vital part of the park’s lake and grounds ecosystem. Claims of “overpopulation” would need to be made in relation to resources and balance of the larger ecological community in the park. And like climate change, many overpopulations and invasive species, particularly in urban areas, are at least partially human-made occurrences. In other words, we need to look at our own role in any illnesses or imbalances in the parks and discuss the correctives in our own behavior we might make.

From the messages and meetings community “stakeholders” have been privy to, it seems that the City of San Antonio is leading this anti-egret campaign, drawing on Joint Base San Antonio and the military for rhetorical flair, (or mongering of fear, terror): Bird Island is not likely to threaten the military’s presence in San Antonio, but attacks on Bird Island may disturb the ecosystem and upset the current, peaceful nature of Elmendorf Lake Park.

Strategies to limit bird strikes do not generally include harassing birds (or people and other living things) and destroying habitat in neighborhood parks that are miles away from airfields, and without evidence that such endeavors would protect runways. Why is Bird Island targeted? Why is the cultural and natural history of Westsiders’ relationships to Nature, their sense of place, of heritage birds, not respected? Why are Elmendorf Lake Park birds more threatening than any others in our city and surrounding areas? For that matter, why displace Westsiders, avian or other? I am left wondering, contemplating, consternated, and confused—and with this overarching question:

Councilmember Shirley Gonzales, why did you sign on to an op-ed filled with misrepresentations that provoke fear and disrespect your District–the very places we residents and our avian neighbors call home?