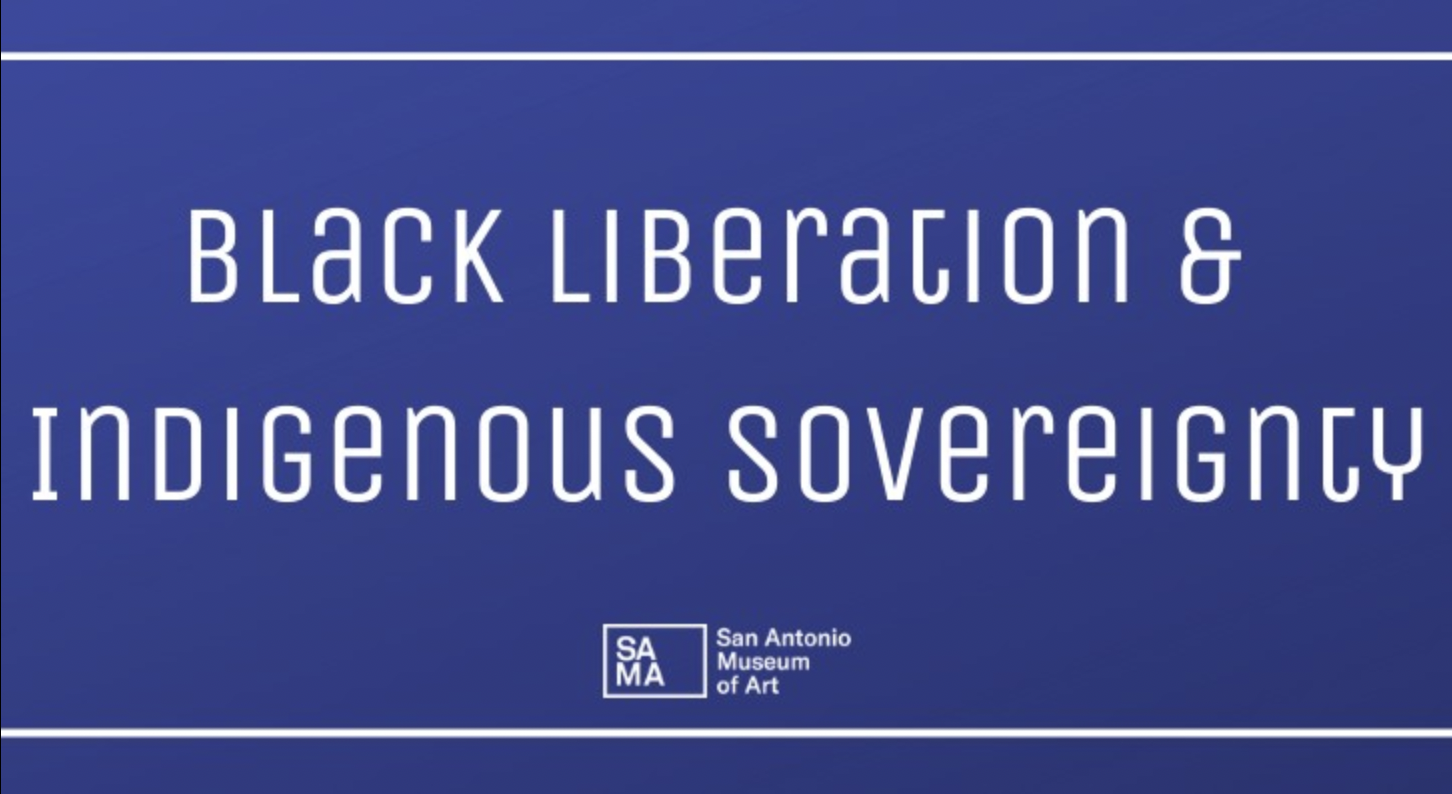 Due to the popularity of the first panel, we are extending another opportunity to host this important community conversation. We hope to bring more thought-provoking discussion with the

Due to the popularity of the first panel, we are extending another opportunity to host this important community conversation. We hope to bring more thought-provoking discussion with the same panelists as before with a focus on intercultural solidarity between Black, Indigenous, and Black-Indigenous communities in San Antonio but also the nation at large. As always, SAMA hopes to create space where we can learn together and dream of a liberated future for all.

Aamori S. Olujimi (she/her(s)) Ms. Aamori is a member of the Transgender Education Network of Texas (TENT), and Black Future Collective of SATX. She is a 30-year-old black and transgender woman, whose been an activist/advocate for black and LBTQIA+ rights ever since she was 19. She is an alum of Trinity University class of 2012 with a BA in Art as her major and Sociology as her minor. She’s a skincare nerd, natural hair advocate, and a performance artist. She also looks forward to becoming a certified personal trainer for the National Academy of Sports Medicine (NASM).

Laura Yohualtlahuiz Rios-Ramirez (she/her(s)/they/them) Laura is a Mexican-born Xicana scholar-practitioner of Indigenous and settler descent trained in critical pedagogy, facilitation, circle keeping, performance art, and community organizing. Known for her canon of decolonial praxis centering Healing, Artivism, and Indigeneity as tools for personal, collective, and systemic transformation, Laura is Co-CEO of De Corazón Consulting, a ceremony keeper with Kalpulli Ayolopaktzin, wife, and most importantly a mother with a passion for healing inter-generational and colonial trauma through family, community, and the arts. She holds a BA in International Relations and Latin American Studies and a MS in Organizational Leadership.

Katie Pruett (she/her(s)) The founder and editor-in-chief of ESJ Magazine, Katie Pruett has been working to make sure representation exists within the sustainable fashion space, and that real conversations that lead to accountability and action are happening in fashion. Over the past year, her work with the magazine has expanded to create a bigger platform for Black women and femmes, and women of color to take up space in ethical and sustainable fashion. On a personal note, she loves growing and taking care of plants with her five-year-old, is passionate about sensual dance as a form of self-care, lives for selfie-love photo shoots, and is always looking for ways to support local grassroots organizers. Katie graduated from Baylor University in 2009, with a degree in film and digital media.

Manuel Davila (they/them) Manuel is a 2Spirit Coahuiltecan tradition keeper Native to Yanaguana, commonly known as San Antonio, Texas. As a horticulturist and herbalist by trade, combined with their formal education in pharmacy, they use their knowledge to educate the community on the medicinal flora of the area. They are currently the Cultural Arts Manager for American Indians in Texas at the Spanish Colonial Missions (AIT-SCM), which focuses on preservation of the culture of the Tap Pilam Coahuiltecan Nation. Manuel is also a community organizer. They have represented San Antonio at the Celebration of Basketry and Native Food Gathering as well as at the 2017 People’s Climate March in Washington D.C. Manuel has been featured in several publications including but not limited to: The New York Times, San Antonio Express News, SA Current, The Washington Post, Democracy Now, and NBA.com.