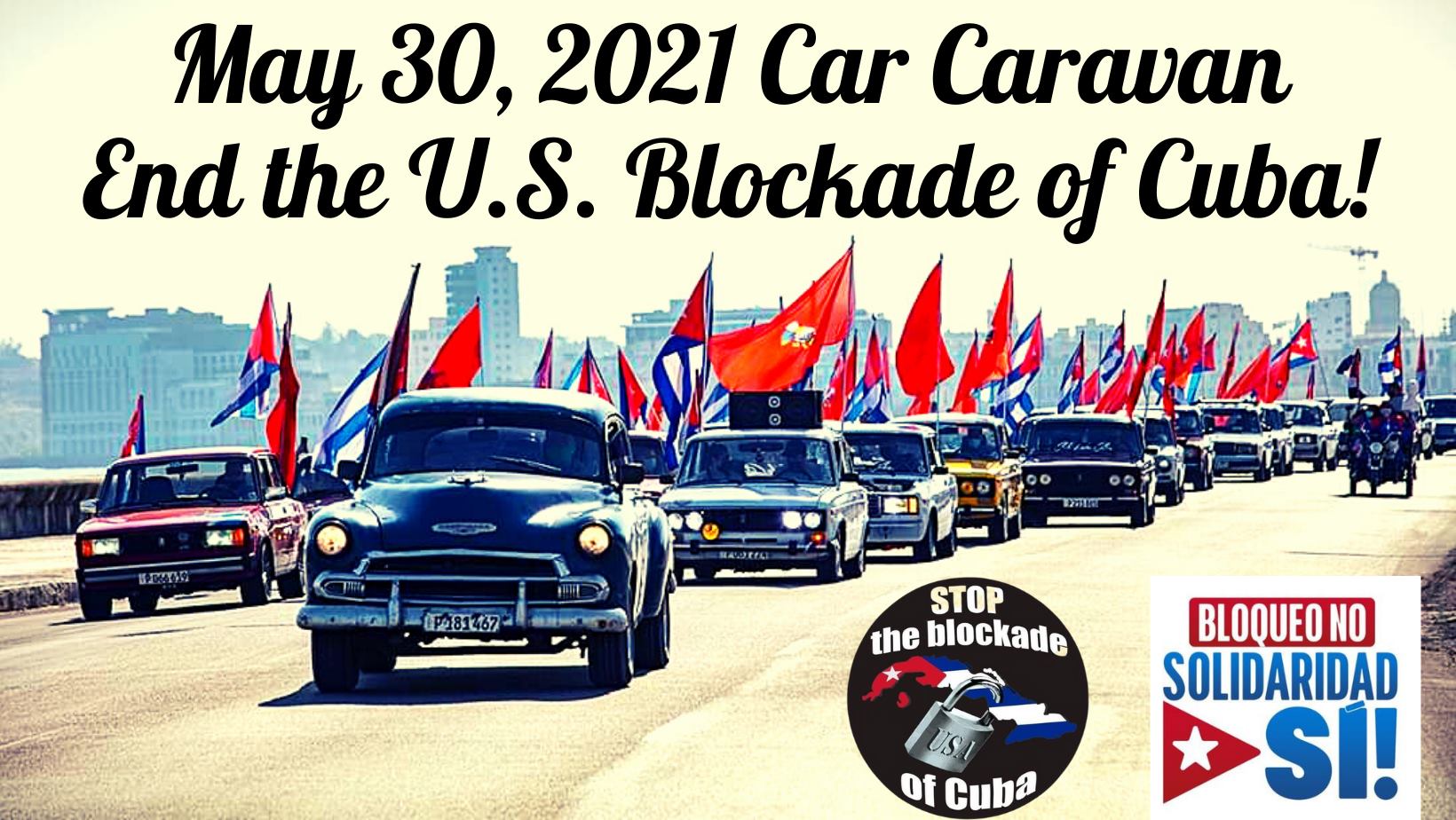 Across the United States and around the world, car caravans are taking place on the last Sunday of each month, leading up to the June 23rd United Nations

Across the United States and around the world, car caravans are taking place on the last Sunday of each month, leading up to the June 23rd United Nations vote on the resolution calling for the end of the U.S. blockade on Cuba.

The Trump administration signed more than 240 measures against Cuba, tightening the blockade, including banning remittances from Cuban-Americans to their families in Cuba ($1.5 billion in 2019), placing Cuba on the “sponsor of state terrorism” list, forcing other countries to also deny Cuba trade.

This is false and an outrage. It is Cuba that has suffered from U.S.-backed terrorist attacks that have killed 3,478 Cuban citizens and injured 2,099.The 60-year blockade is a violation of International law. It is a criminal and inhumane policy to punish the Cuban people for their independence and sovereignty.

If there is any doubt about the intention of the U.S. blockade directly targeting the Cuban people, one only has to read this 1960 excerpt from a secret, now declassified memorandum by Lester D. Mallory, Deputy Assistant Secretary of State under President Eisenhower.

He wrote it to propose an economic blockade.

Mallory wrote on April 6, 1960: “Most Cubans support Castro…There is no effective political opposition (…) The only possible way to make the government lose domestic support is by provoking disappointment and discouragement through economic dissatisfaction and hardships (…) Every possible means should be immediately used to weaken the economic life (…) denying Cuba funds and supplies to reduce nominal and real salaries with the objective of provoking hunger, desperation and the overthrow of the government.”

Cuba has resisted 60 years of cruel blockade. It is time that we people in the United States stand with Cuba to say No More!Please join us on Sunday, May 30!

We hope your organization can endorse and take part in this important mobilization. For endorsements and any questions you can email satx.psl@gmail.com.

We ask that you also help us publicize the caravan. We will have plenty of signs to share. You are welcome to bring your own as well