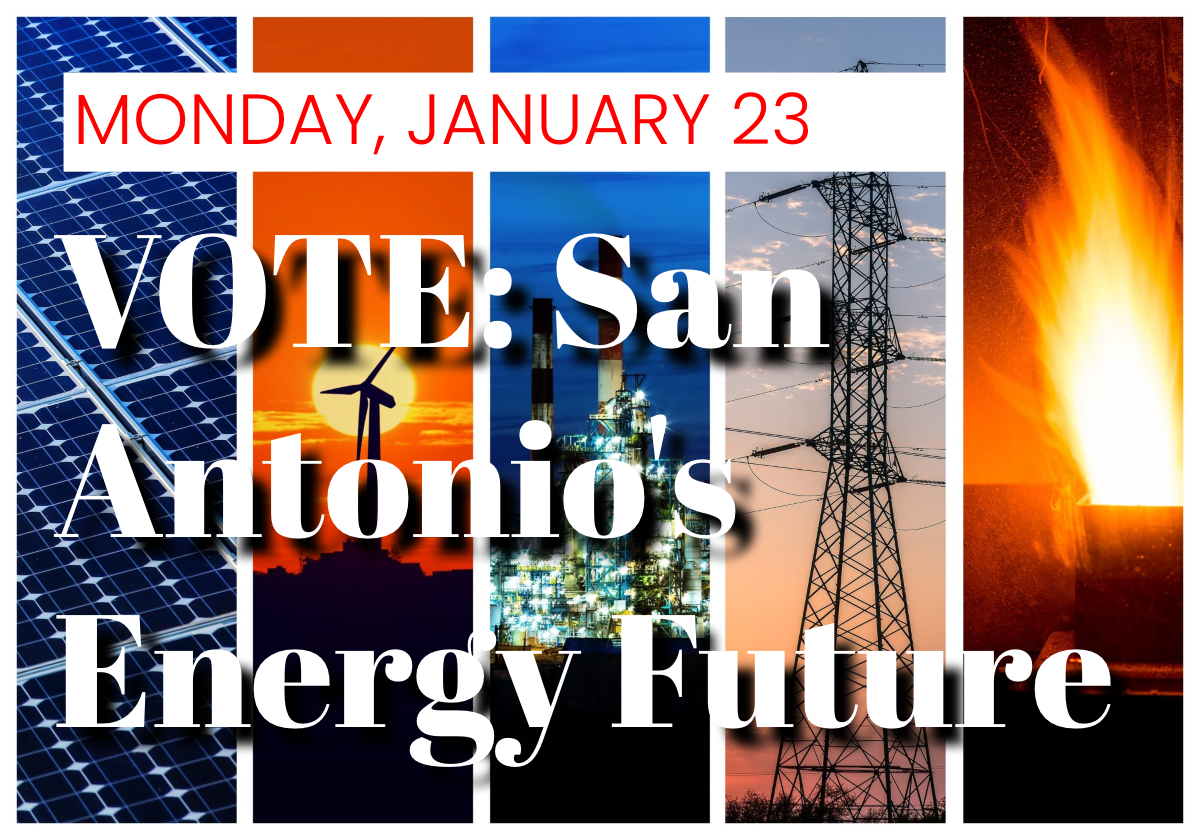 CPS Energy’s Board of Trustees meets in a special meeting to vote on the future of San Antonio’s energy generation. We expect two votes: One

CPS Energy’s Board of Trustees meets in a special meeting to vote on the future of San Antonio’s energy generation. We expect two votes: One on the early retirement of our last remaining coal plant: two-unit 1,400MW JK Spruce; and a second on an energy generation plan to guide the utility’s generation into the 2040s.

The majority of members of CPS’s de-facto generation committee has urged replacing Spruce with a larger investment in new gas infrastructure, expected to operate past 2060. The Portfolio 2 recommendation is said to meet the utility’s commitment to roughly 40-percent carbon reductions by 2030, but swings wide of goals for 2040 and 2050.

Here’s our assessment, based upon materials provided to CPS Energy by a third-party consultant:

Below is from the January 6, 2022, CPS press release announcing the special meeting:

CPS Energy’s Board of Trustees is expected to vote on how the utility will power Greater San Antonio through 2030 at a special Board meeting on Monday, January 23, 2023 at 1 p.m. Considering exponential community growth requiring an additional 115 megawatts per year and a commitment to support the City of San Antonio’s goal to achieve carbon neutrality by 2050, the Board may approve one of nine power generation options.

The Board’s decision will follow the CPS Energy Rate Advisory Committee’s (RAC) top selection among the nine options at its December 15, 2022 meeting. The RAC recommended Portfolio 2, which includes a combination of gas, solar, wind and energy storage.

At the direction of the Board, the RAC spent the last year on an educational and fact-finding journey reviewing the utility’s current power generation resources and future options in meetings with CPS Energy and consultants. CPS Energy also held a series of community engagement efforts, among which included open houses, a virtual town hall and customer survey.

PUBLIC COMMENT: Requests to make public comments must be received the week before the meeting (ie. Wedesday to Friday). Details at the CPS Energy Public Comment FAQ page.

CPS Energy Board of Trustees Monthly Board Meeting