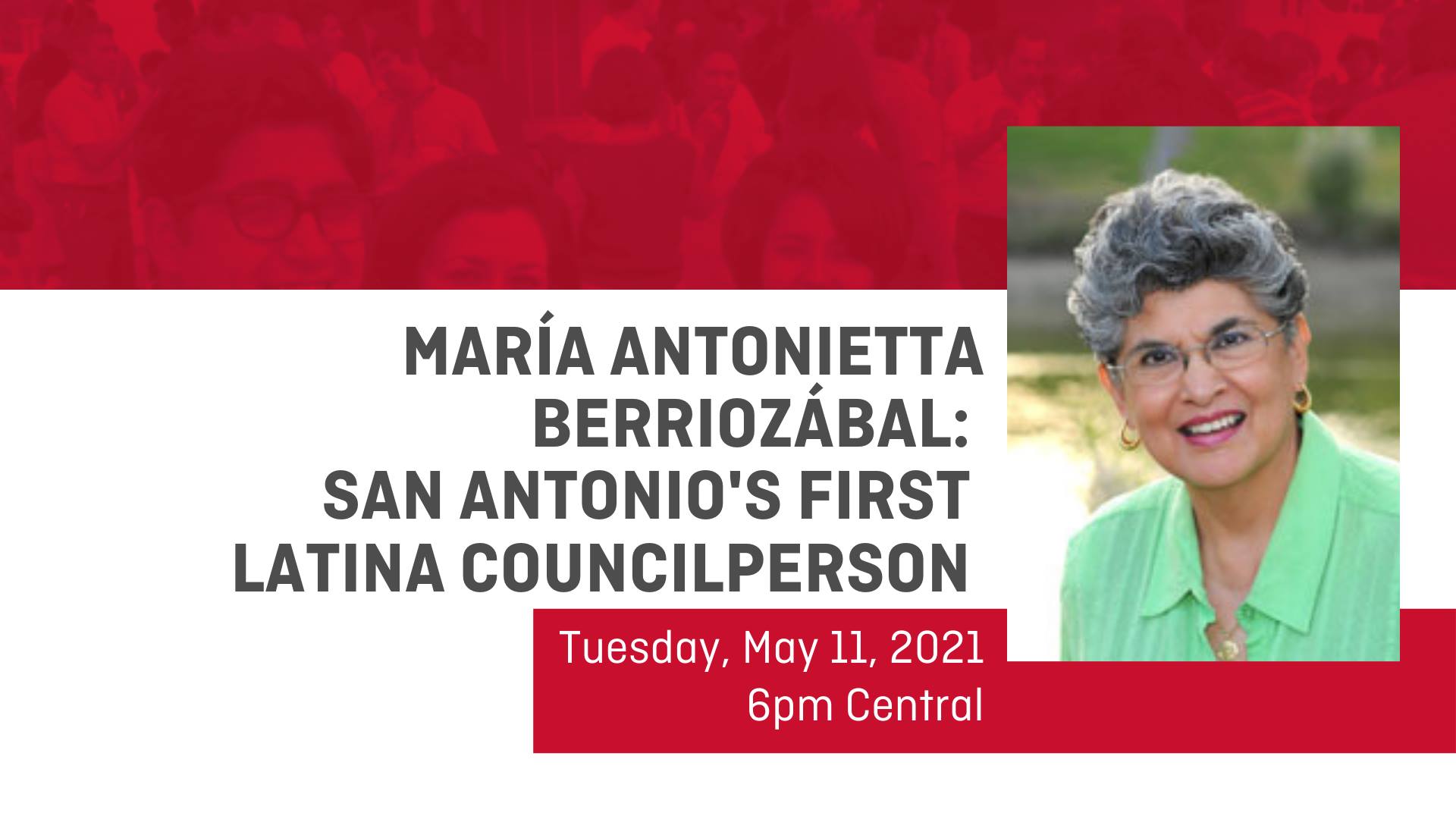 >Join MACRI for a free virtual plática with María Antonietta Berriozábal, who became the first Latina elected to San Antonio’s city council in April 1981. Dr. Sonia Garcia (St. Mary’s University) and Dr. Valerie Martinez (Our Lady of the Lake University) will join the conversation to discuss Berriozábal’s impact and legacy in San Antonio where she continues her work as a community advocate.

This is a FREE event that will stream on MACRI’s Facebook page – no registration is required!

About the Panelists:< María Antonietta Berriozábal was born to immigrants on the U.S.-Mexico border in 1941. She rose from poverty to become a powerful voice and history-making political leader in South Texas. She became the first Latina to be elected to the San Antonio City Council in 1981, where she represented District 1 for ten years, before running for mayor in 1991. A dedicated public servant, she founded Hispana Unidas at Our Lady of the Lake University (OLLU), served as a delegate to the United Nations’ Fourth World Conference in Beijing, taught at the John F. Kennedy School of Government at Harvard, and served as the U.S. representative to the Inter-American Commission on Women. Today she continues to actively organize and fight for social justice issues. Sonia Garcia, Ph.D., was born and raised in Laredo, Texas. Her research focuses on Latina politics (candidates, public officials, and community activists), U.S. Latino civil rights, and Texas politics. In addition to a number of journal articles, she is a co-author of the textbook, Practicing Texas Politics (2012). She is also the co-author of the book, Mexican Americans & the Law (2004), and lead author of the book, Politicas: Latina Public Officials in Texas (2008). Valerie Martinez, PhD is Assistant Professor of History at Our Lady of the Lake University. She received her PhD from the University of Texas at Austin with a dissertation focused on Latina military participation during World War II. She specializes in 20th century US Military and Labor History, Women’s History, and Mexican American History.