thu03jun7:00 pmthu9:00 pmWalk on the River 2.0The African Influence in San Antonio 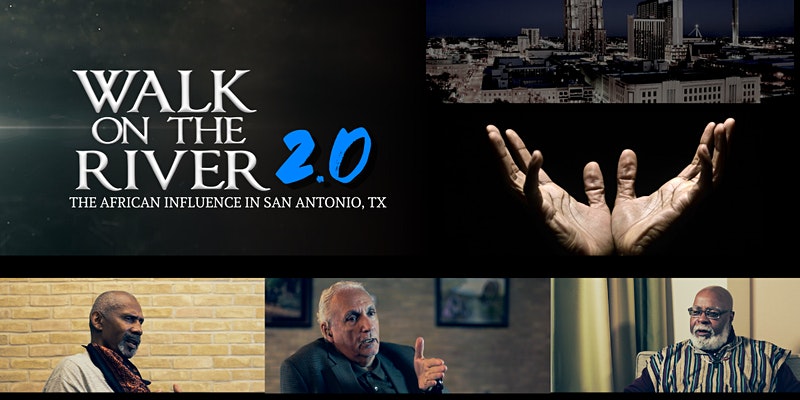 Join us Thursday June 3, at 7pm for an online screening of “Walk on the River 2.0: The African Influence in San Antonio, TX.” As the first civil

Join us Thursday June 3, at 7pm for an online screening of “Walk on the River 2.0: The African Influence in San Antonio, TX.” As the first civil settlement in the state of Texas, there are a ton of historical sites and legendary tales that have helped to shape the culture of our community. In the original documentary film Walk on the River: A Black History of the Alamo City we shared the African American experience from the time of Emancipation (roughly 1865) to Integration and the end of Jim Crow segregation (roughly 1965).

In this second installment, Walk on the River 2.0 we speak about the presence and influence people of African descent have had in this area before and during enslavement, including:

Most people don’t realize that African Americans were present at the battle of the Alamo or that there were Black survivors freed by the Mexican Army. Neither do many realize that there were slaves sold downtown in Alamo Plaza or that it is documented that city officials bought and sold enslaved Africans. We reveal this history and so much more in this 50 minute documentary film.

Walk on the River 2.0 (now a book!) features interviews from:

Once you’ve purchase your ticket, you will be sent an email with a link to the event.

**On the day of the event you will be emailed a reminder with the time date and private link.

After the movie is completed, we will host a live Q&A session with the producer and director of the film, where you will be able to ask questions and post comments about the movie.COST

**The price of this event? You choose what its worth to you. We are using the honor system for this online screening, so you are able to pay what you would like – $1 or $100 it is totally up to you.

This feature length documentary film is produced by Aundar Ma’at and directed by Born Logic Allah for Melaneyes Media LLC. Walk on the River 2.0: The African Influence in San Antonio, TX is a proud recipient of the 2019 San Antonio Local Filmmakers Grant presented by the San Antonio Film Commission. For Inquiries and Sponsorship Opportunities, Please Contact: