QUITO, Ecuador—Within the first few months of the CIA-backed overthrow of Chilean socialist president Salvador Allende, an estimated 40,000 people had been detained by the military and police. General Augusto Pinochet, who seized power with the promise of “national reconstruction,” quickly oversaw the killing of thousands. Others were simply “disappeared.” People fled the country by the thousands.

The fear was so thick that even when people were brave enough to meet together privately to speak about their shared oppression, personal details weren’t exchanged. “You don’t really want to know people’s names,” one woman interviewed in the documentary Defeat of a Dictator said. Lest someone in uniform come to ask. Lest there be torture. 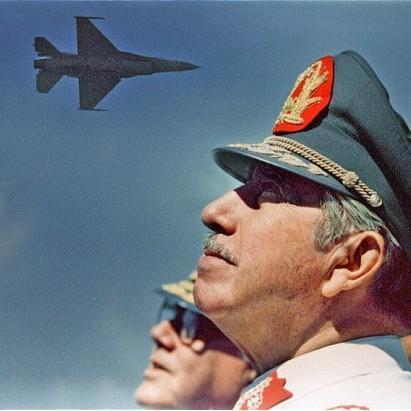 Then something snapped. After 10 years of Pinochet, the most powerful union in the nation chose to act. The national labor congress would go on strike. But as the copper miners saw the military appear, bloodshed appeared unavoidable.

Tactics shifted. They declared instead a national day of protest, which manifested as a day of slowness. Everywhere in the country, people drove their cars at a snail’s pace. They dawdled in the street. They stood about, causally. Work was avoided, until, as Defeat relates, “the city start[ed] to close down.”

That night, thrilled with their first act of unified resistance in a decade, and emboldened by the onset of night, Chileans en masse banged their pots and pans in celebration, inaugurating what would become a years-long nonviolent campaign for a restoration of national democracy.

Much has been written about this struggle, but studying civil resistance strategies in Ecuador as part of the Conflict Transformation Across Borders program—a partnership between UMass, FLACSO-Ecuador, and CEMPROC, a center for nonviolent conflict resolution—it was that first tentative action that struck a chord with me. 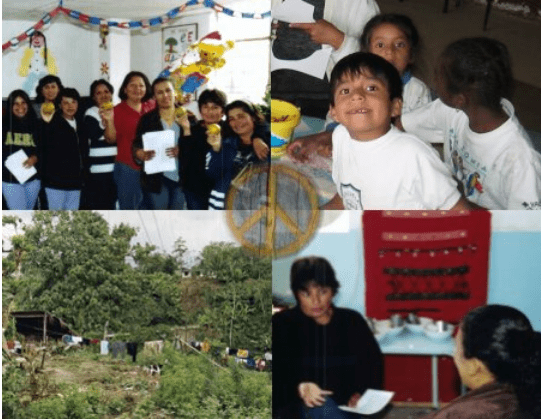 There, one of 198 recognized methods of nonviolent action, was the power of deceleration. Ultimately, many would be killed as the resistance mobilized for more direct actions; but as many have argued, the use of nonviolence was the key that made the ultimate victory possible.

In the paper “Why Civil Resistance Works,” Maria Stephan and Erica Chenoweth convincingly argue that the embrace of nonviolence is not something the innately peaceful or otherwise philosophically guided do because it is the limit of what their conscience allows them. Rather, they write, it is what the strategically smart adopt for the best chance at success.

The pair define nonviolent resistance as “a civilian based method used to wage conflict through social, psychological, economic, and political means without the threat or use of violence. It includes acts of omission, acts of commission, or a combination of both.”

Analyzing data from more than a century of resistance movements (1900 to 2006), they found that “major nonviolent campaigns have achieved success 53 percent of the time, compared with 26 percent for violent resistance campaigns.”

“Even if you don’t care about the principled or morality part of nonviolence,” our program leader, CEMPROC founder Dr. Jeffrey Pugh, said during discussion earlier this week, “that [statistic] shows you’re more likely to achieve your aims nonviolently.”

Obviously, avoiding violence is good in and of itself. Likewise, popular attitudes rarely tolerate violence as a form of legitimate resistance. So nonviolence lowers the cost of participation—which means a bigger movement. That does not mean, however, that violence may not be required.

Justice campaigns oftentimes hinge on the state’s willingness to use violence against nonviolent people. From a public relations perspective, assaulting peaceful strikers with rubber bullets and tear gas (or prayerful water protectors with attack dogs) is likely to backfire on a regime. This failure builds critical sympathies at home and, potentially, abroad.

It was on violence that Gandhi gambled his movement. He sought to expose to the world the “fangs and claws” of the supposedly civilization-defining British Empire.

In exposing power’s hypocrisy, evoking its wrath for the world to see, he hoped to undermine the empire’s moral legitimacy and, hence, its ability for continued oppression.

In class we discussed a broad range of effective nonviolent campaigns in a variety of historic and current conflicts. Most of us are familiar with India and with Perestroika in Poland. (Skeptics of nonviolence may want to consider its track record even when resisting Nazism.) But the story of a few pueblos of Ecuadorian campesinos who rallied against Canada’s Ascendant Copper and its armed goons provides additional contemporary lessons. A lesson in courage, certainly, but also one regarding the vitality of nonviolence and the necessity of training and discipline.

These campaigns share common threads. Each recognizes that there are many more people than there are those claiming to govern them. Movements take on tremendous power as soon as they realize the fundamental truth that oppression requires the consent of the governed. And when popular consent is removed, it forces the government to make a choice.

What response would be the least costly in its effort to continue to hold power? How damaging would a new election really be? Or constitutional power sharing? Or gender parity and inclusion?

And what would be the real price of repression?

As we have seen, many governments are more than willing to inflict great violence domestically while risking the escalation of civil unrest, damage to their international reputations, and even the threat of sanctions and, possibly, human-rights-justified interventions by other states.

But there is a point where even the most incalcitrant will be brought low by the mass withdrawal of consent.

Of the many options available to those resisting abusive and illegitimate systems, even “reluctant and slow compliance” (133), as quickly summoned so many other forms of disobedience in Chile, can be extremely effective in mobilizing greater and greater numbers.

As much as possible, these acts of defiance should also come from the creative core of people and invoke joy, celebration, and humor. Such practices inspire participation because they feed intangible needs so often overlooked when struggling for fundamental rights and pressing needs (as outlined here as well in a recent post from Waging Nonviolence, published jointly with Peace Science Digest).

If you are looking for inspiration in this direction, consider the power of satire, of art, of music. Below are a few campaigns we considered and discussed in class. Offered with much respect and hope.

Violins against violence in Venezuela